Addiction is a Brain Disease

“The Survival/Reward system of the midbrain is very effective at prompting us to do things that will ensure our survival . . . when it works. When this system is broken, we call it addiction.”

In previous posts, we discussed how addiction is a chronic and progressive disease. Now, let’s spend the next several posts exploring how addiction works in the brain.

Addiction is centered in the midbrain. If you stick your finger in your ear (not too far!), and, with your other hand, place your finger in the middle of the top of your head, the point where the lines meet is approximately where your midbrain is located. This is one of the oldest parts of the brain. I like to call it the “survival/reward” center.

What was one of the earliest tasks that the brain had to perform when we first developed as humans? Creating a survival drive. It was critical to make survival an all-encompassing focus of our thoughts and actions. Without an unrelenting concentration on staying alive, both individually and as a species, we might not be here today. What is truly amazing and powerful is how our brain combines the survival instinct with reward or pleasure. When we get hungry enough (say, twenty days or so without a meal), we will do anything to get food. Once we eat, we feel satisfied, comfortable, relaxed and happy. It was that overwhelming drive that prompted us to create hunting tools, kill animals and eat what must have been considered some strange stuff at the time. The one-two punch of overwhelming negative sensations combined with the sublime positive sensations of having accomplished a survival activity is what has kept us alive and developing for all these millennia.

Can you think of some other human activities that are subject to the survival/reward combination? Some common functions include, sleep, thirst, and sex. When the negative feelings of deprivation get severe enough, we seek out the solution to the deficiency, and once obtained we experience feelings of pleasure, security, and well-being. So, this system is very effective at prompting us to do things that will ensure our survival . . . when it works. When this system is broken, we call it addiction.

Now that we have an overview of how the survival/reward system works, let’s look at specifics.

The graphic above is a representation of the survival/reward system. This is a lot simpler than it looks at first glance. We are going to discuss two types of elements in the brain: clusters of neurons, and chemicals that carry signals (commonly known as neurotransmitters). Let’s start with the cluster of cells known as the ventral tegmental area (VTA). This is where a neurotransmitter called dopamine is produced and stored. Dopamine is the chemical that triggers the feeling of euphoria. When released in sufficient enough quantities, it trains us to do things more than once. Dopamine is released from the VTA, then travels to the next cluster of cells called the nucleus accumbens (NA), which is a bit of a tricky process. First, the dopamine molecules are released into the space between the VTA and the NA, called a synapse. While in that space, the receptors on the NA (represented in the image as yellow rectangles) act like vacuum cleaners and attract the dopamine molecules into the NA. When enough dopamine molecules are absorbed by the NA, two things happen. First, another neurotransmitter called serotonin is released to the prefrontal cortex (which is not located in the midbrain but toward the front of the brain). Serotonin makes us feel happy, relaxed, self-confident, and secure. The second result is that a neurotransmitter called enkephalin is sent back to the VTA. Enkephalin is one of the body’s “natural opiates”, which possesses powerful painkilling properties. The same process is followed for both serotonin and enkephalin: the molecules are floating in a synapse and must be attracted by receptors that draw in the molecules in enough quantity to trigger the next reaction. When the VTA gets enough enkephalin, it says, “Wow, that was great, let’s do it again.” Thus, a feedback loop is formed.

Folks without addiction see this system work automatically. Some dopamine is released, then some serotonin and enkephalin are released, and the process continues to repeat itself. When events happen in which the survival system is activated, such as getting very hungry or very thirsty, we see a drop in dopamine tone, which prompts us to urgently act. Once we eat or drink, the system rebalances itself.

Here’s an example of the survival/reward system in action: Let’s say you are on the side of a busy highway and there is a pizza on the other side of the highway. Would you try to cross the highway to get the pizza? No, of course you wouldn’t. That would put you at grave risk of injury or death. But what if you haven’t eaten in three weeks and your brain is telling you that this pizza is the only solution to your hunger? This scenario has quite a different ending. That is the power of the survival/reward system. When activated, it overrides rational thought.

People with addiction suffer from a malfunction of this system. Now, that breakdown can be in any number of places in the system. Perhaps the brain is not making enough of the neurotransmitters (dopamine, serotonin, and enkephalin), or the neurotransmitter molecules aren’t staying in the synapse long enough to be attracted by the receptors, or perhaps the receptors are damaged in some way, or maybe it’s a combination of any of these variables. Once this breakdown has occurred, the individual becomes symptomatic. That means the patient starts to experience a set of physical reactions, emotions, and thoughts associated with untreated addiction[1]. It’s important to note that these symptoms are experienced before any addictive or compulsive behaviors occur. These symptoms, when intense enough, are what drive the patient to engage in the behaviors that will give relief. Unfortunately, medical science has not yet developed the diagnostic tools to determine specifically where the breakdown is occurring in individuals. But based on signs, symptoms, and client reporting, we can quickly start the process of treatment[2].

In my next post, we will explore in more detail the symptoms of untreated addiction.

[1] I will cover the stages of addiction in a future post.

[2] Treatment modalities will be covered in a future post.

← The Progressive Nature of Addiction
Symptoms of Untreated Addiction → 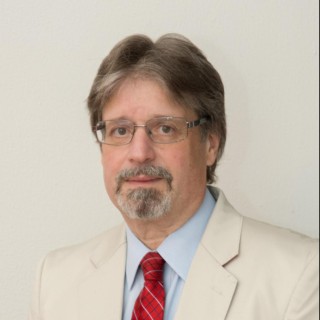